Revenir
8 December 2021
The Safran Saint-Cyr Chair on The Augmented Soldier in the Digital Battlespace aims to develop research on the conditions under which infantrymen evolve in their environment, by combining the skills of the civilian and military worlds.

The scientific program focuses on the work of theses supervised or co-supervised by teacher-researchers from the Coëtquidan School Research Center with the support of the Saint-Cyr Foundation and funded by Safran.

Two theses are currently in progress, including the one led by Pierre Puchaud, under the direction of Charles Pontonnier, on the development of a generic musculoskeletal model of the army soldier to support his physical activity. 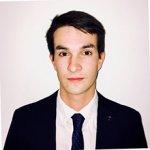 Pierre Puchaudis a graduate of the Ecole Nationale Supérieure de Mécanique et des Microtechniques in Besançon and of Arts et Métiers ParisTech in Biomechanics. Since September 2017, he is a PhD student at the Ecole Normale Supérieure de Rennes and is doing his thesis as part of the Safran Saint-Cyr Chair.

Can you remind us of the subject of your thesis and tell us why you chose such a problematic?

What are the objectives of the thesis?

The objective of my thesis work is to build one or more generic models to a population of soldiers so that they can intervene in the design cycle of an exoskeleton. To do this, it will be necessary to carry out a musculoskeletal characterization of the population of soldiers; and from each of these characterizations, to identify subgroups that have common specificities both from a morphological and muscular point of view.

How is your research work organized?

The thesis work is spread over three sites:
• The Research Center of the Saint-Cyr Coëtquidan Schools (CREC),
• The laboratory Movement, Sport, Health of Bruz under the supervision of the ENS Rennes and associated with the UFR STAPS of University Rennes II,
• And the Institute for Research in Computer Science and Random Systems (IRISA) located on the Baulieu Campus in Rennes.

At the beginning of my thesis, my time is divided between scientific readings and the use and improvement of existing computer tools. We have also submitted an ethics file to a personal protection committee in order to be able to carry out our future experimental campaign entitled “Musculoskeletal characterization of the lower limb”. In addition, as part of my project pedagogy vacation with ESM 2 students, I have the opportunity to conduct a project on the soldier’s load bearing and its effects on the kinematics of walking.