The attacks in Paris in 2015 and Nice in 2016 were extremely violent. The use of explosives and weapons of war by terrorists has created a situation of chaos on the national territory. It is therefore a real war medicine that has been implemented. The experience gained by military personnel in theatres of operation abroad is essential. Indeed, although various exercises have validated the coordination and efficiency of the emergency services, it is necessary to adopt a shared operational doctrine. The use of military means in the fight against terrorism on national territory is becoming more widespread (arms, equipment, etc.).

However, new actors could play a role in the fight against terrorism in the coming years in order to avoid the overuse of security forces and armies.

Following several scientific events organised in 2016 and 2017, this colloquium is part of the Centre d’Expertise Lutte contre le Terrorisme inaugurated in December 2015. It is the result of collaboration between the UN Counter-Terrorism Committee Executive Directorate (CTED), the SNCF, the Saint-Cyr Coëtquidan schools and the Saint-Cyr Foundation.

Reserved for personnel from the Ministries of Defence, the Interior and Justice, this study day will be approached from a multidisciplinary angle with the aim of providing elements for reflection and formulating operational proposals. 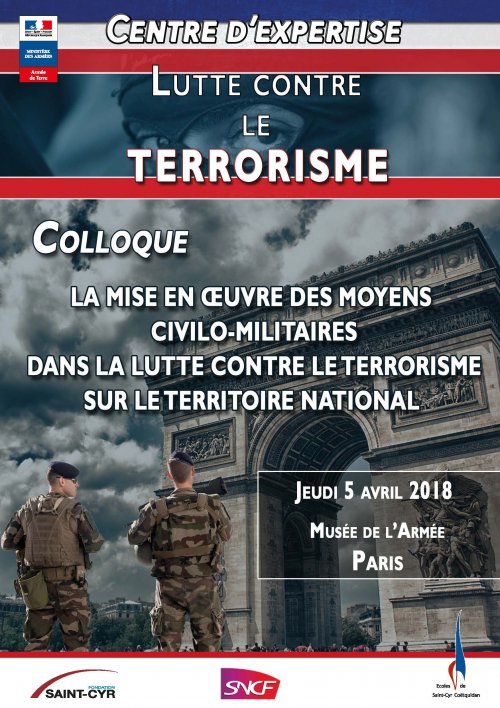