Colloquium “Terrorism: factors of radicalisation and modes of response”.

Several tragic events have struck France and other countries, particularly since the beginning of 2015. The attacks that have been carried out are striking and maintain the feeling of insecurity. They lead to new behaviours and tensions in everyday life. Although many attacks have been thwarted, the impression of powerlessness and fatality prevails in public opinion.

This new scientific event aims to address the factors of radicalisation and the responses to it, particularly after the attacks of 2015 and 2016 in France. Understanding the process of religious radicalisation (in companies, in prisons, etc.) as well as analysing the role of social networks and the Internet are essential to understand why the most extreme cases participate in radical violence and terrorism. These questions will feed the debates of the first day.

Reserved for personnel from the Ministries of Defence (civilian and military), Interior and Justice, the morning of the second day will be devoted to studying the solutions and responses proposed by these different institutions to combat radicalisation and terrorism. Targeted eliminations will be the subject of a final round table.

Approached from a multidisciplinary angle, the various debates aim to continue the reflection initiated in 2016. The analysis of the factors of radicalisation and the methods of response will make it possible to provide concrete responses or innovative proposals, including within the European Union. 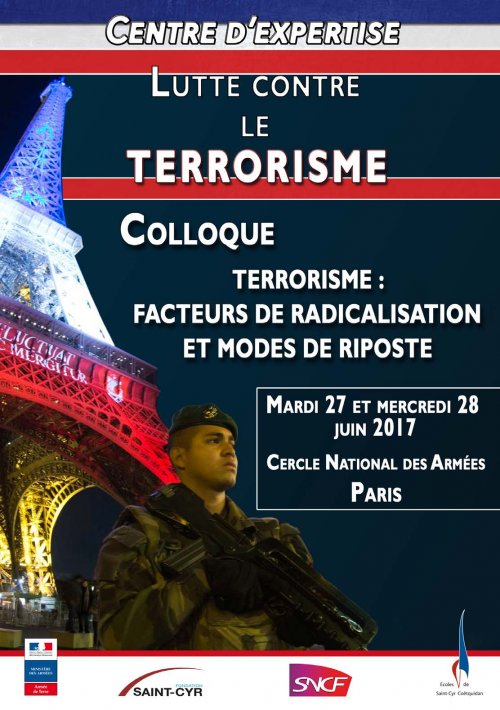